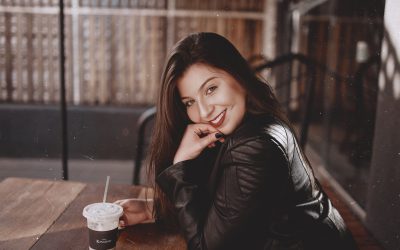 There is much more to nootropics than simply being the latest brain supplements for memory and concentration.

Nootropics (any substance which enhances cognition, including memory and learning) are becoming increasingly popular in today’s modern, technology-driven, fast-paced world.

It’s a world in which we all share the experience of stress, for one thing. Many people come to supplementation from a desire to relieve brain fog and reverse poor memory, thereby improving their ability to get done all that they need to get done on a daily basis without battling so much.

Then there are those of us who, on top of that, long to go beyond relief in order to feel even more focused, full of vitality and ready to take on anything.

In the modern world, we do expect to be able to achieve our dreams at any cost – it’s a world in which self-actualization meets the human potential movement, all neatly converging in the desire to optimize the brain’s performance. Biohacking and neurohacking are a natural extension of these widely held values around human potential – they refer to any manipulation of structures of the brain for improvement or repair.

Nootropics supplementation comes directly from these efforts to neurohack and biohack, offering a modern answer to the age old question – how can we become more capable with our minds?

There are many articles out there with lots of science on how, exactly, nootropics work through and on the brain’s receptors and pathways. You can check out our FAQs and our Ingredients for many such details.

Still, there is so much MORE that people don’t know about nootropics, and this is where it gets interesting.

Nootropics is not a modern phenomenon, nor is it scientifically untested, and  … there are a few other well-kept secrets to share.

Specifically, here are 6 little known facts you may not know about nootropics for brain health.

#1 Nootropics have been known about and used for thousands of years.

If nootropics are considered to include any substance known to have effects on cognition (how the brain and mind operate), then they have technically been around for thousands of years.

Ancient people understood how herbal constituents affect the brain. Chewing or brewing leaves (i.e. green tea) has long been a delivery method for cognition-enhancing herbs, as evidenced by the ancient Chinese book The Classic of Tea, written by Lu Yu during the Tang Dynasty period. Ginkgo biloba, for example, is a herb with nootropic properties used from ancient times as part of Traditional Chinese Medicine.

Ayurvedic medicine, originally from India, has been around for 2000 years, many of whose remedies are prescribed to support cognitive function and mood (like bacopa monnieri, one of the ingredients in E2B Vital Mind).

#2 Neuroplasticity and neurogenesis, on the other hand, are relatively new concepts.

Despite the fact that ancient people knew all about how to enhance our mind’s natural potential, it took modern day people a LONG time to catch up!

Since the publication of the bestselling book The Brain That Changes Itself, by Norman Doidge in 2007, most people accept the concept of neuroplasticity – in other words, that the brain has the capacity to grow and change, to create new neural connections, repair itself, and to learn huge amounts all the time, even as we age.

Yet neuroplasticity was only discovered in the 1970s by scientists like Michael Merzenich. Before then, it was generally accepted that once your brain cells died, you could not grow new ones. It was also accepted that the brain could not learn new things after a certain age, or after injury, sickness or accident.

The scientific confirmation of neuroplasticity ushered in an era of brain-enhancing supplements, paving the way for modern-day nootropics. Natural health advocates the world over adopted nootropics as the latest trend in human potential. After all, now that we know that we have the potential to grow new brain cells right up until the day we die – who would want to miss an opportunity to facilitate that?

#3 There are thousands of studies which show how herbs benefit the brain.

People don’t often realize it, but the herbal ingredients which are in brain supplements for memory and concentration have been and continue to be the subject of significant and voluminous research.

When it comes to the herbal constituents in natural nootropics – there is such an incredible amount of research which shows conclusive results for the effectiveness of herbs on brain health. Specifically, numerous studies prove the effectiveness of many herbs used in brain supplements for memory and concentration.

Between 1959 and 2016, for example, there have been 3974 published research papers on the incredible benefits of panax ginseng for a variety of conditions. As ginseng is indigenous to Korea, and used there traditionally, there is even an entire research publication dedicated to its study.

To name but one more – this study showed that taking bacopa monnieri (one of the ingredients in our Earth 2 Brain Vital Mind) enhances memory recall.

In fact, each of the ingredients in our supplements has been chosen specifically based on research that quantifiably demonstrates its effectiveness – far too much research to reference in one blog!

#4 Not ALL herbs that are good for the brain work together synergistically to support the WHOLE body.

When searching for brain supplements for memory and concentration, it’s important to find supplements which contain synergistic ingredients which support whole-body health.

Herbs that are good for the brain sometimes do other things that are not desirable for an individual. In other words, it’s important to consider other factors, like how the particular herbs support gut health, energy levels and so on.

In fact, it’s an expert task to find nootropic herbs that have both a synergistic effect in the body and don’t disturb the delicate balance of the other bodily processes.

(This is why at Brain Health Products, our expert advisory board of nutritionists and naturopaths spent considerable time choosing research-backed and synergistic ingredients that are widely tolerated.)

#5 Quality is never a given in nootropics supplementation.

The effectiveness of any given nootropic varies considerably depending on the quality of its ingredients.

Some factors to take into account include the quality of the herb’s growth and the extraction methods. Some extraction methods are ineffectual for getting the best bioactive constituents out of herb (but they are cheap to do), and other extraction processes are especially effective.

The quantity of the therapeutic constituents is also a consideration, as some supplements claim an ingredient of which there is virtually none in the end product.

A good rule of thumb is to read the ingredients quite carefully and investigate the product’s claims for quality. In general, if it’s too cheap, it could very well mean that it is because it has cheaper, poorly extracted constituents and a smaller quantity of the specified herb per tablet/capsule.

With our Earth 2 Brain range, one of our founding values was to ensure quality at every stage of production. You can read more in Our Story and see our ingredients here.

#6 ALL of your life improves when your brain health improves.

For one thing, nootropics can help relieve symptoms of whole body stress, which is one of the facts elaborated on in our blog 5 Unexpected Benefits of Using Nootropics.

With a clear and focused mind, and lower stress levels, you can deal with the day to day complexity and pressure of modern life better. This includes increasing your mental energy, improving your efficiency at your professional tasks, feeling confident and able to handle the unexpected, and allowing you to be present with those you love.

Nootropics have been around for thousands of years, and they are here to stay. Our modern re-discovery and re-labelling of natural herbal ingredients may appear, from a cursory glance, to be something entirely new and possibly without substantiation – but in fact, there are decades of studies to tell us what the ancients learned on their own thousands of years ago.

Herbs can act to support brain health, improve cognitive functioning, assist with memory and slow the effects of ageing. Given that neuroplasticity tells us that we do have the ability to repair, learn, create and retrain our brains over time, why not give your brain some extra support with natural nootropics?

Needless to say, we created our supplement range with the participation of expert nutritionists and naturopaths, always backing our choice with published research on the ingredients, and always insisting on the highest quality herbs.

Join our community and boost your brainpower!

PLUS get our blogs + exclusive member discounts.

You have Successfully Subscribed!

*All promotional info and coupon codes will be sent to this email.